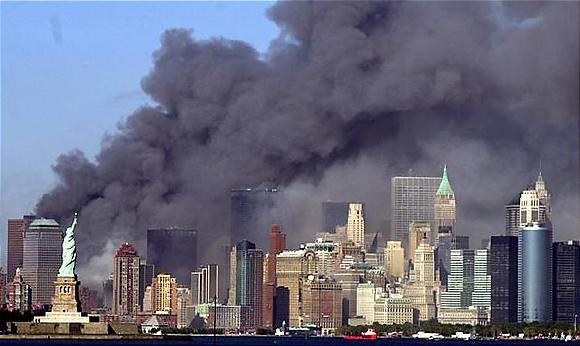 At the dawn of the new century, what story do we tell? Does Sept. 11 represent only the experience of American grief, victimhood, justification for revenge? Does Sept. 11 live on only as the engine driving America’s shocking new belligerence? Or, in recalling the nobility of those selfless New Yorkers and Pentagon workers who reentered the wounded buildings, who remained behind to usher others out, or who simply maintained calm as worlds collapsed around them — can we carry this date forward as an image of the possibility of public love?

It may help to see Sept. 11, 2001, in the context of those other days in other years. How, when the ground was first broken for the Pentagon, its builders assumed one day it would be a hospital. How the leader of America’s greatest war sought in its aftermath to end war forever. How knowing that Washington, too, can sponsor terrorism must lead to humility. How the age-old dream of nonviolence became actual.

Ordinarily, we think of such incidents in isolation, but there can be an archeology of the calendar that uncovers harmonies in the layers of time.

Sept. 11 is an anniversary of the future, a day enshrining the worst of human impulses — and the best. A day, therefore, that puts the choice before us. How are we going to live now? We are on the earth for the briefest of interludes. Thinking in particular of all those who died in New York, Washington, and Pennsylvania, let us honor them by building the earth, instead of destroying it. Let us make peace, instead of war.

It seemed as if two great tides emanated in response to the tragedy of that Tuesday. One was a sense of generosity, a deep compassion that expressed itself in immediate acts of cooperation and support. The other was a sense of patriotism, a strong consciousness of our American identity. When those two tides overlapped, as they often did in the months after 9/11, the result was impressive and profoundly moving. But we have also seen, in the past two years, a regrettable narrowing of our idea of patriotism. It has become, for some people in some ways, a more brittle expression of national sentiment — a blind statement of faith that does more to divide Americans from one another than to join them together.

We need to fear and temper that kind of rigidity. It is not the least bit unpatriotic to question some of the arguments that led to war in Iraq. No national purpose is served by losing our sense of political and historical discrimination in an upwelling of patriotic fervor. Much as it may seem logical that the horror of the morning of Sept. 11, 2001, is inextricably linked to the other terrorist horrors around the world, the fact is that the connections are not all clear. The final answers must be as the evidence — not political will — determines.

Einnig: What You Think You Know About Sept. 11 …but don’t.